AMOEBA
The stained glass sculpture is inspired by the idea of a giant floating fluorescent amoeba. By combining and abstracting visually significant characteristics also of other living forms the art piece points to the fascination about life as a phenomenon that is difficult to grasp. Since the sculpture shines, it arouses curiosity from great distance, only by getting closer to the piece its detailed painted patterns can be spotted.

The sculpture is illuminated with LEDs that are installed inside the white frame. By working with long exposures it was possible to manually light paint the glow in front of the art piece with a pocket lamp while the forest was only slightly brightened by the moon shine. The strings on which the sculpture was fixed, have been removed digitally.

Images by Philipp Medicus
Made possible by Tiroler Glasmalerei 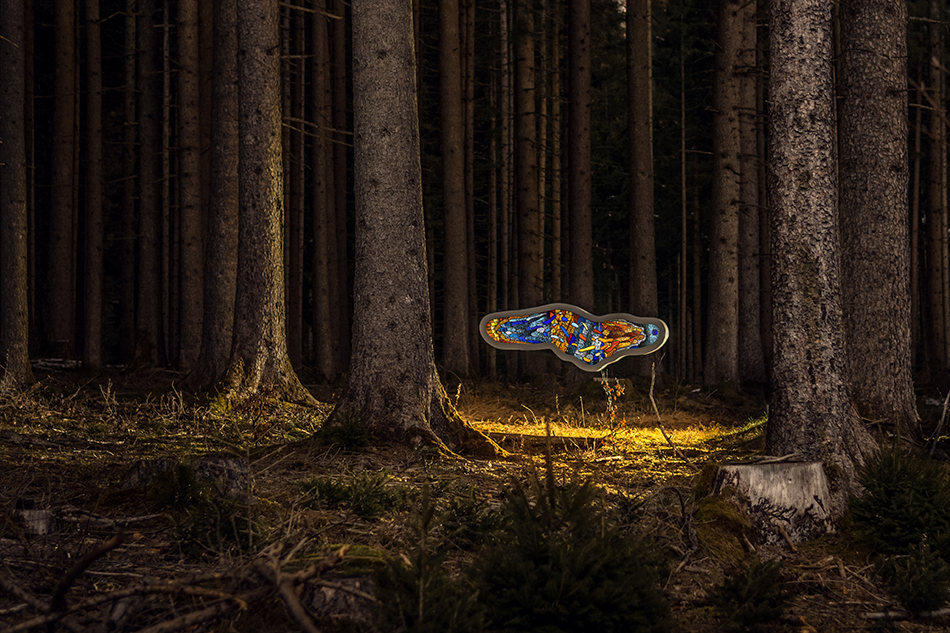 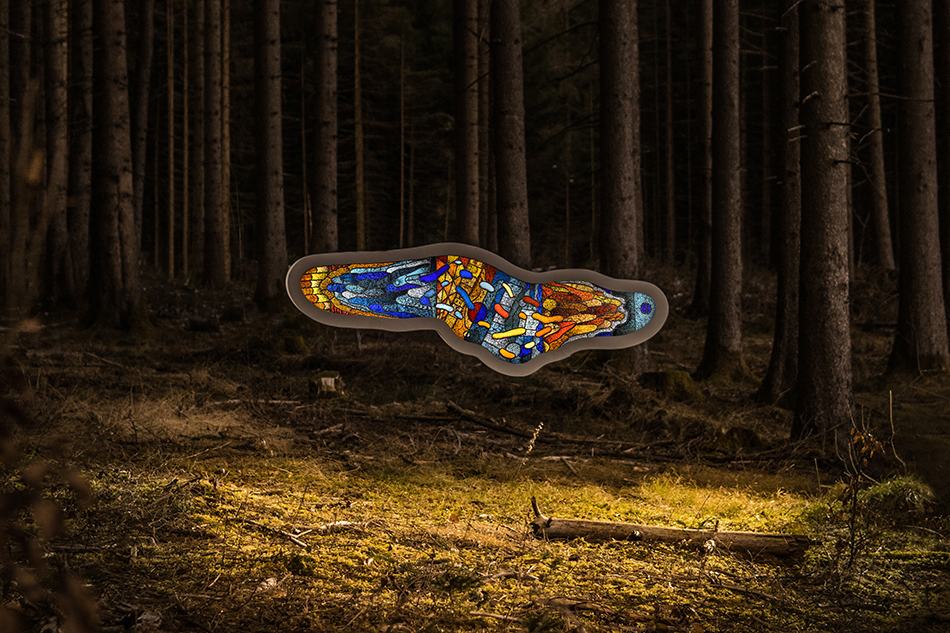 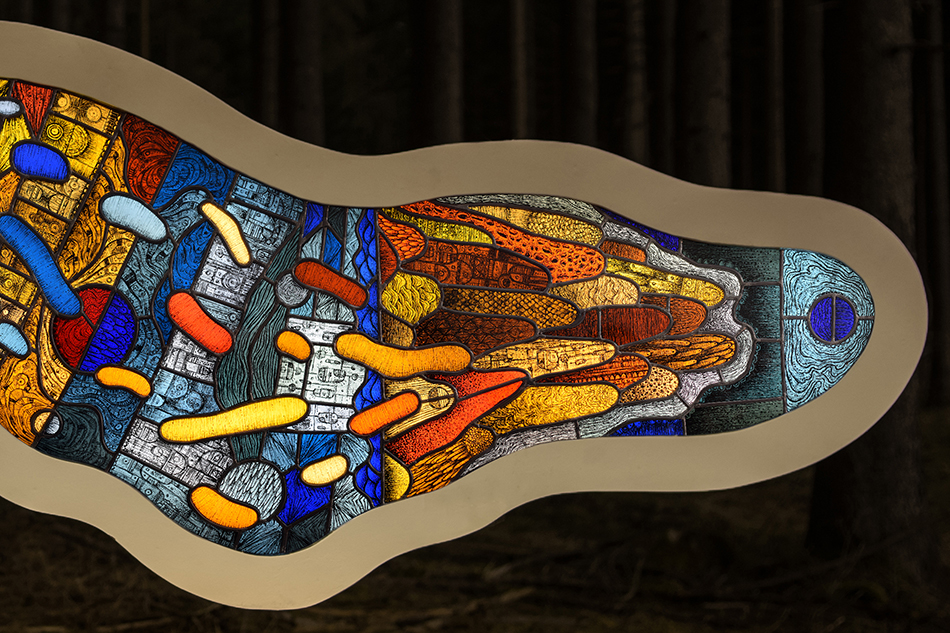 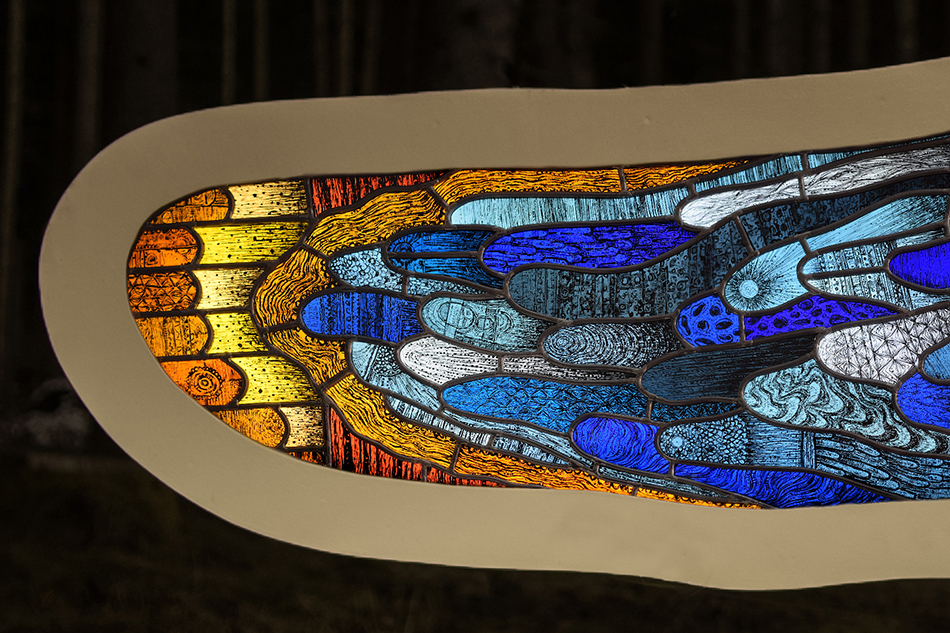 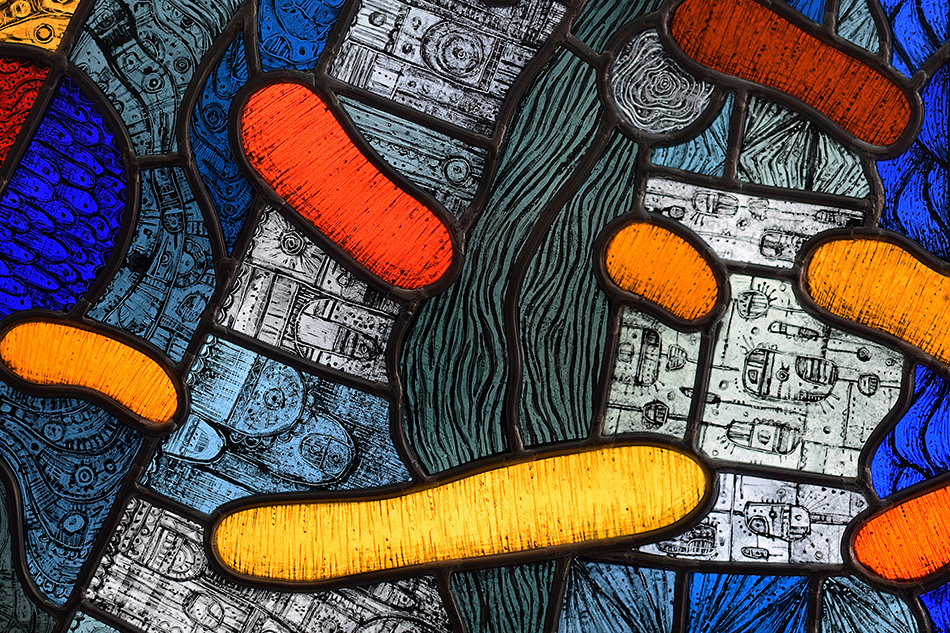 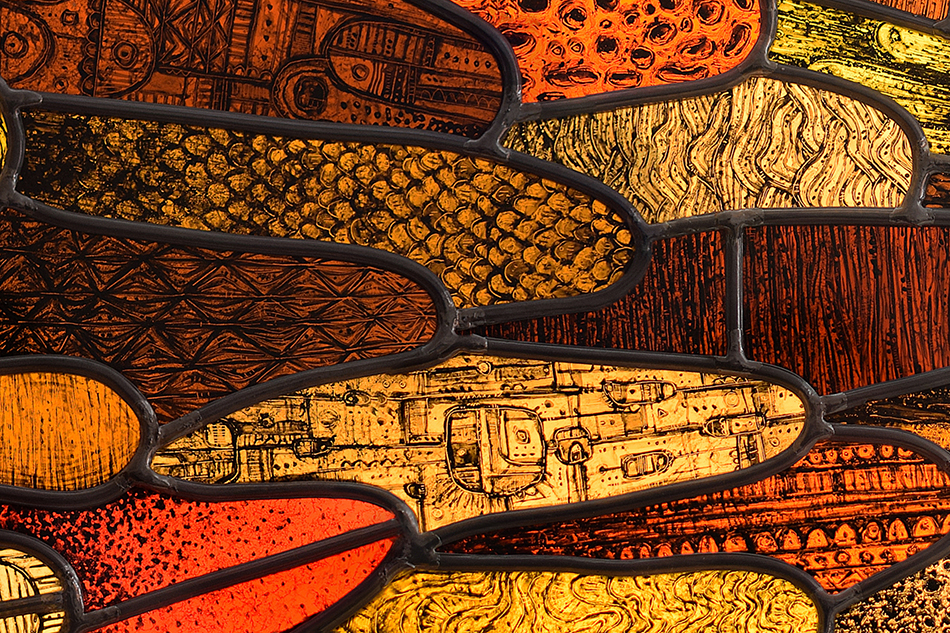 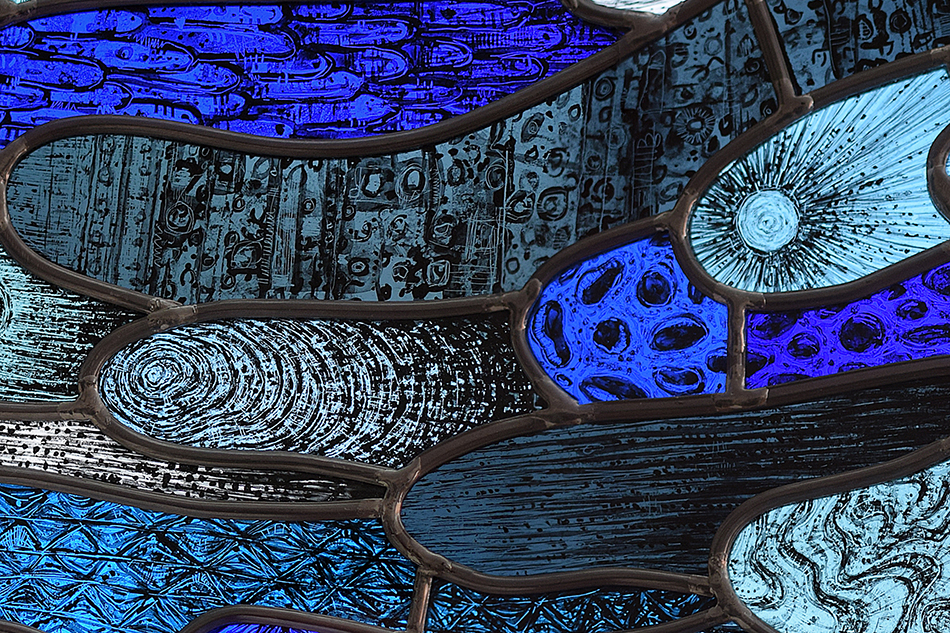 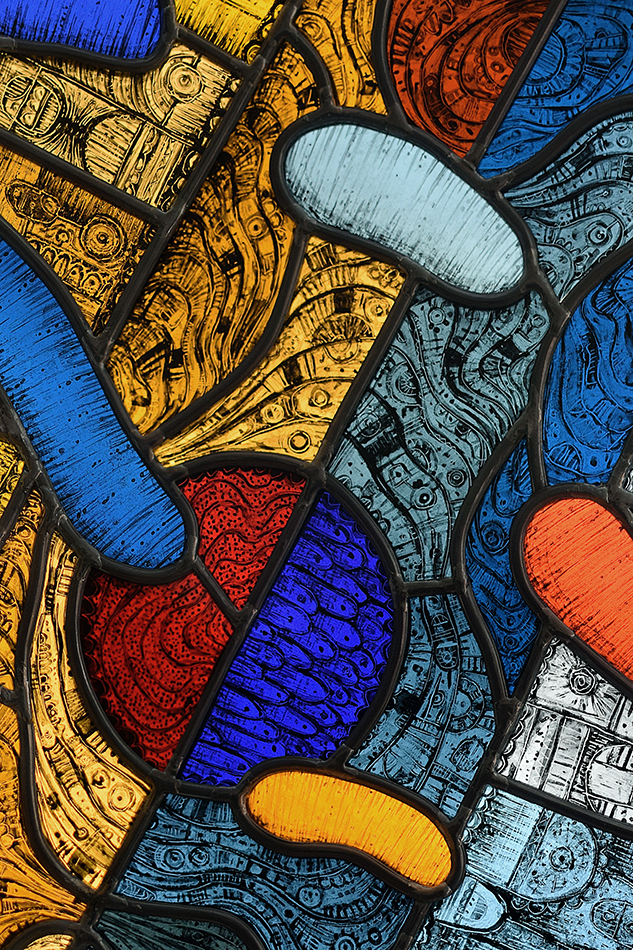 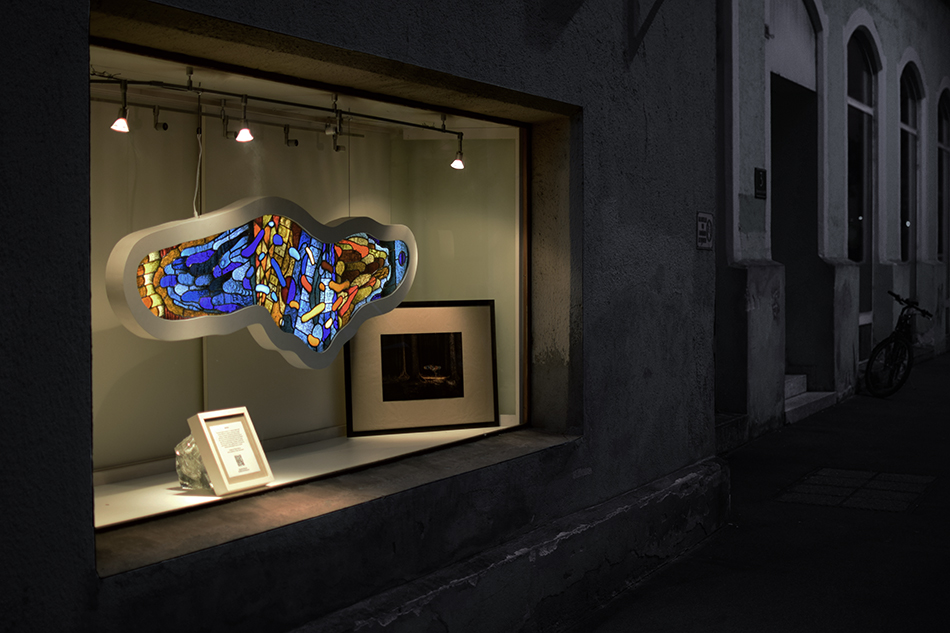