CONE EYE
The anamorphic sculpture shows a black and white photograph of an eye placed on the inside surface of a cone. Based on a piece from 2019 it was recreated in a larger scale to be hung in the glass cuboid above a stairway leading to an underground car park. Thereby the object is placed in a dry, illuminated and accessible display case in the center of the city of Innsbruck without occupying used urban space.
But Cone Eye does not primarily raise questions about how public space is used: In a sense the installation inverts the process of observation and therefor illustrates that art can only exist in relation with the viewer. Based on this idea Cone Eye touches epistemological topics.
The cone is made from a rolled up transparent plastic foil on which a digitally printed adhesive film is affixed. This flexible structure is stabilized by four wooden panels that are connected with threaded rods. The piece is approximately 1x1x3 meters.
(2020) 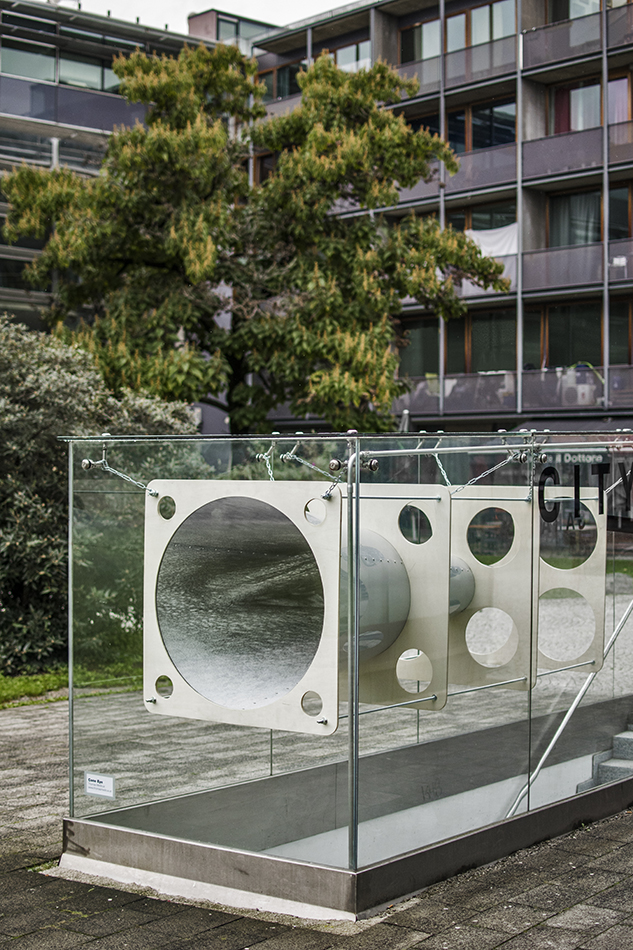 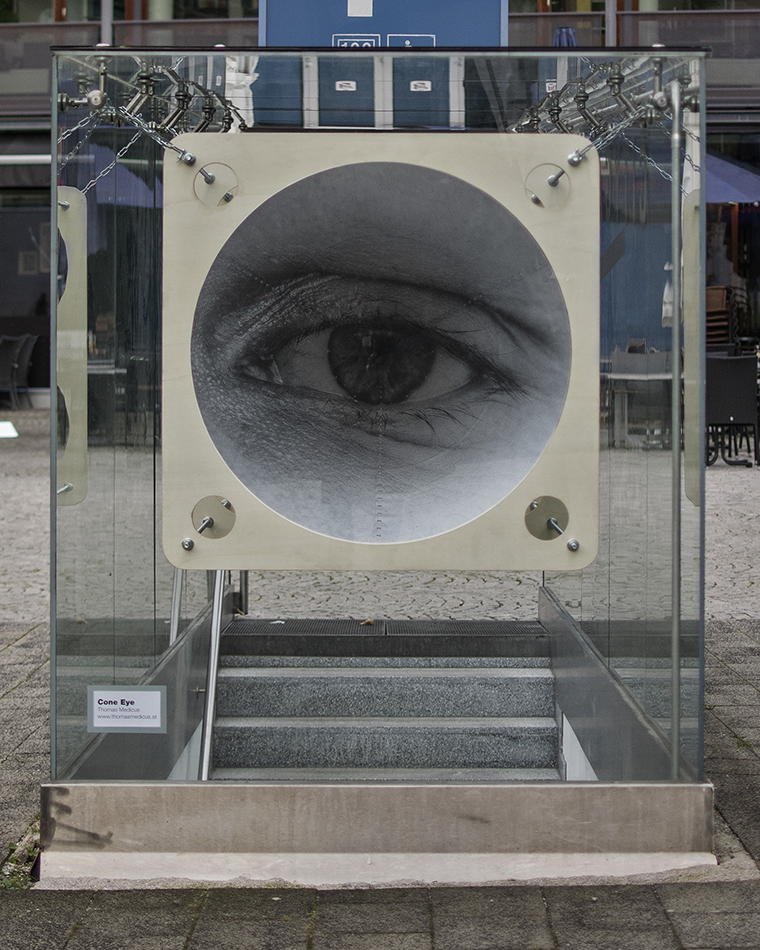 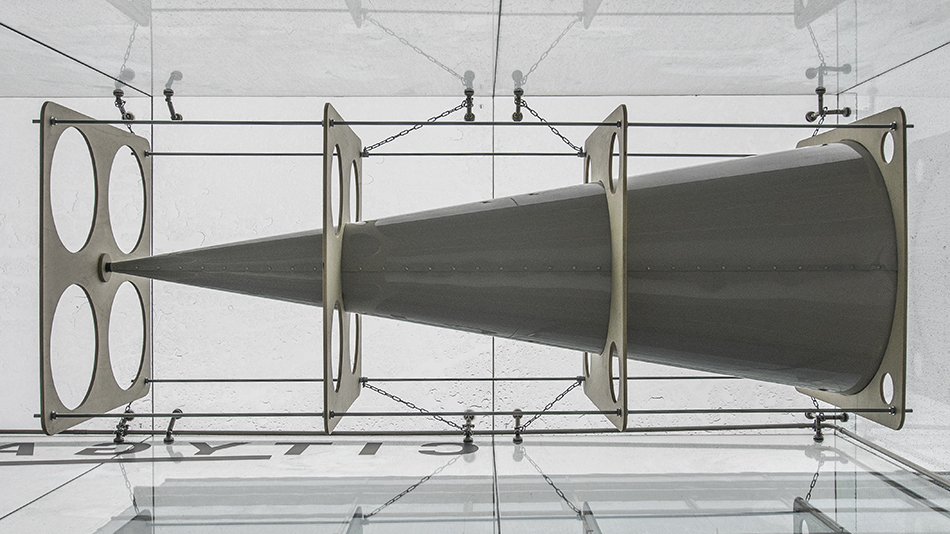 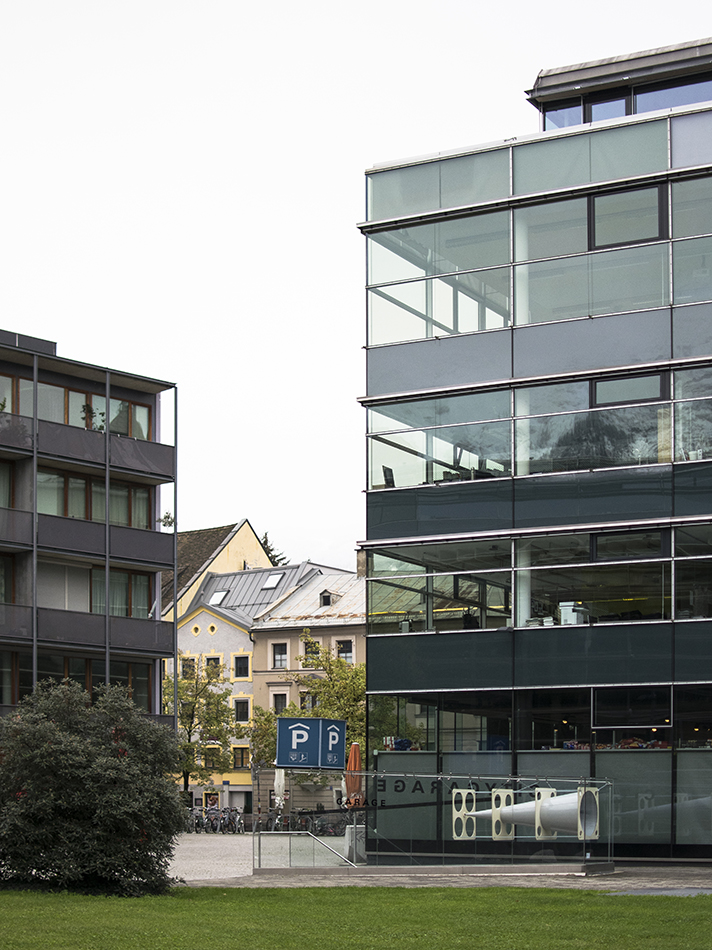 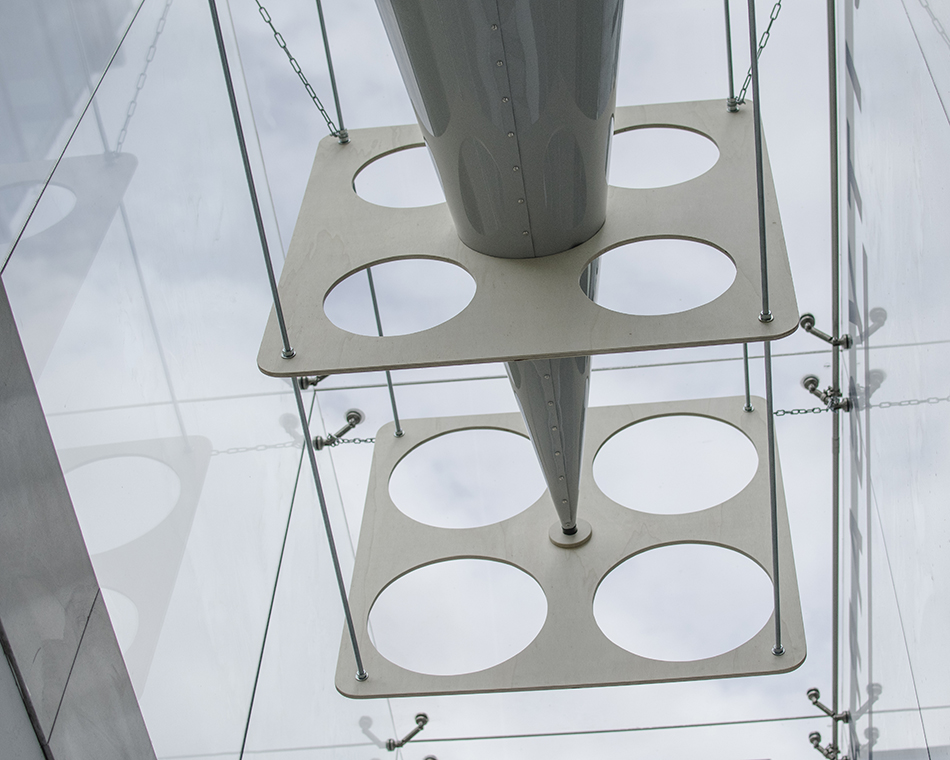 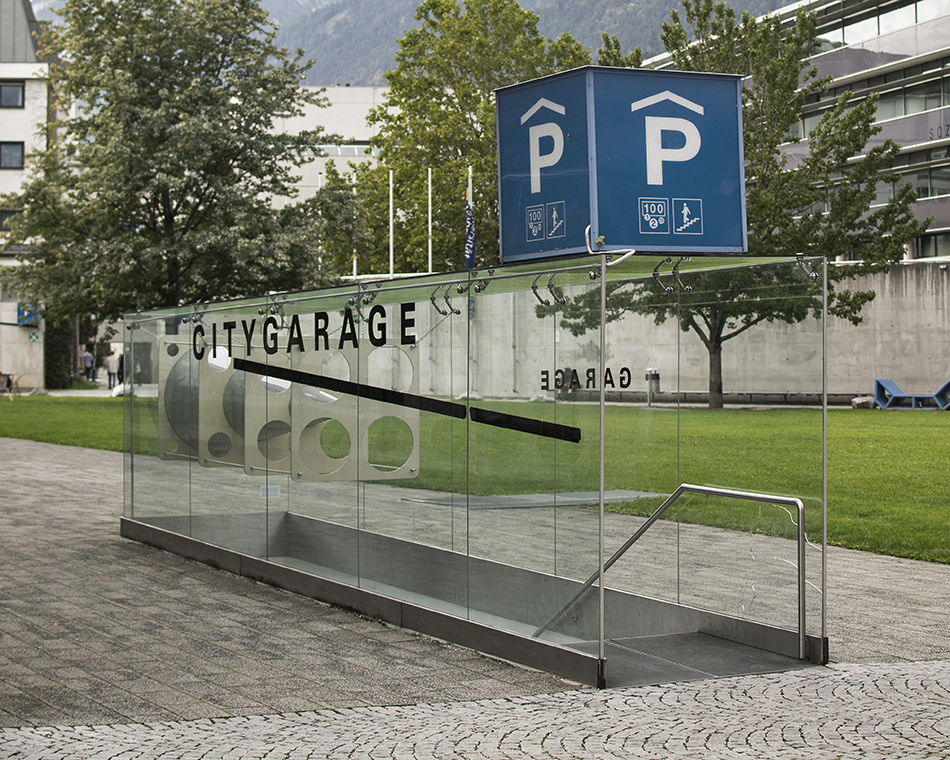 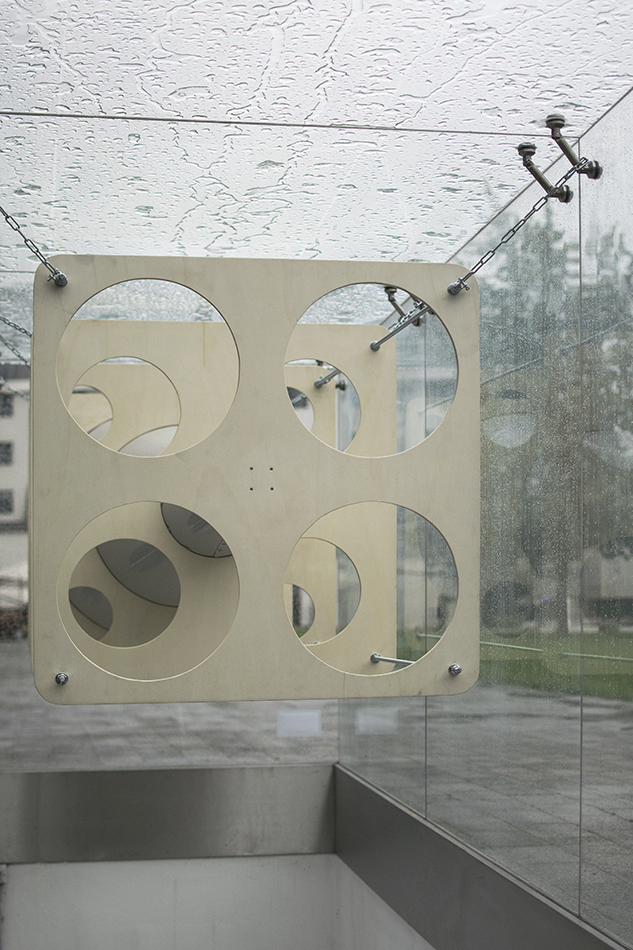 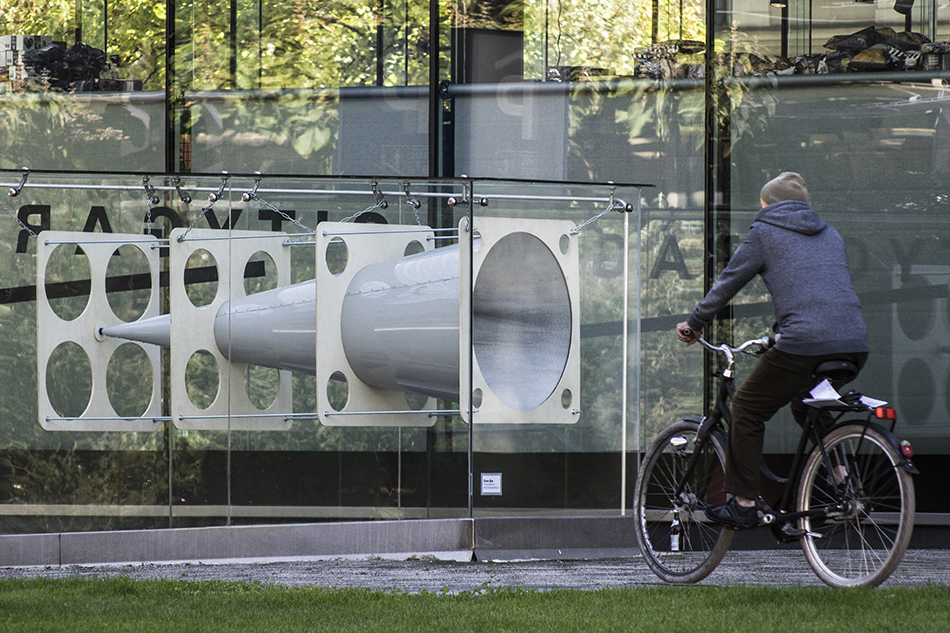 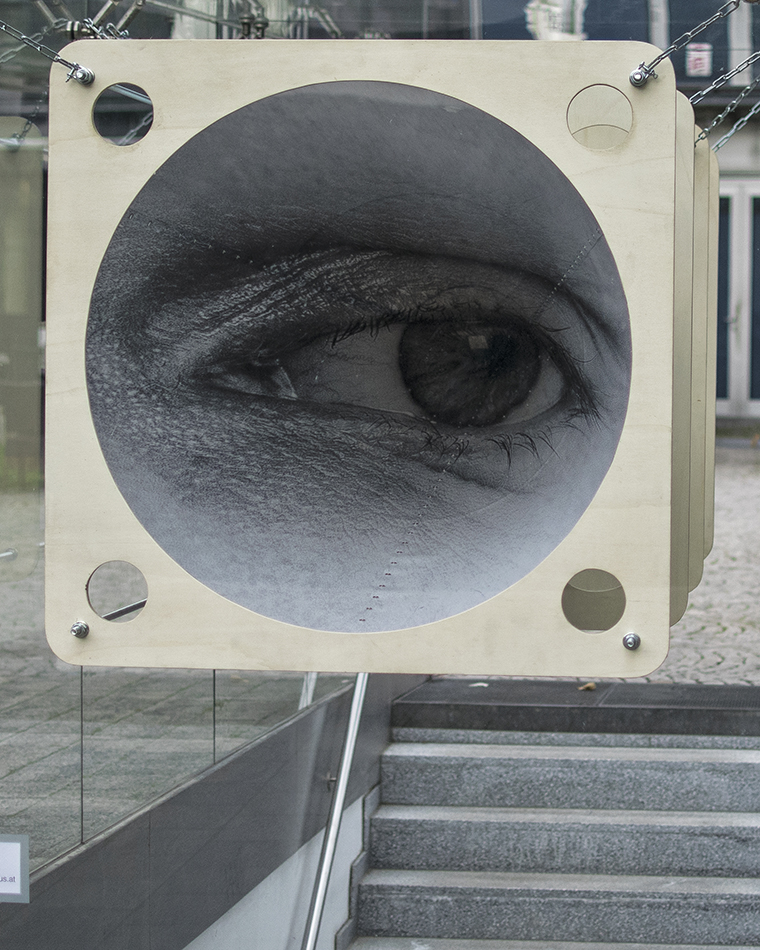 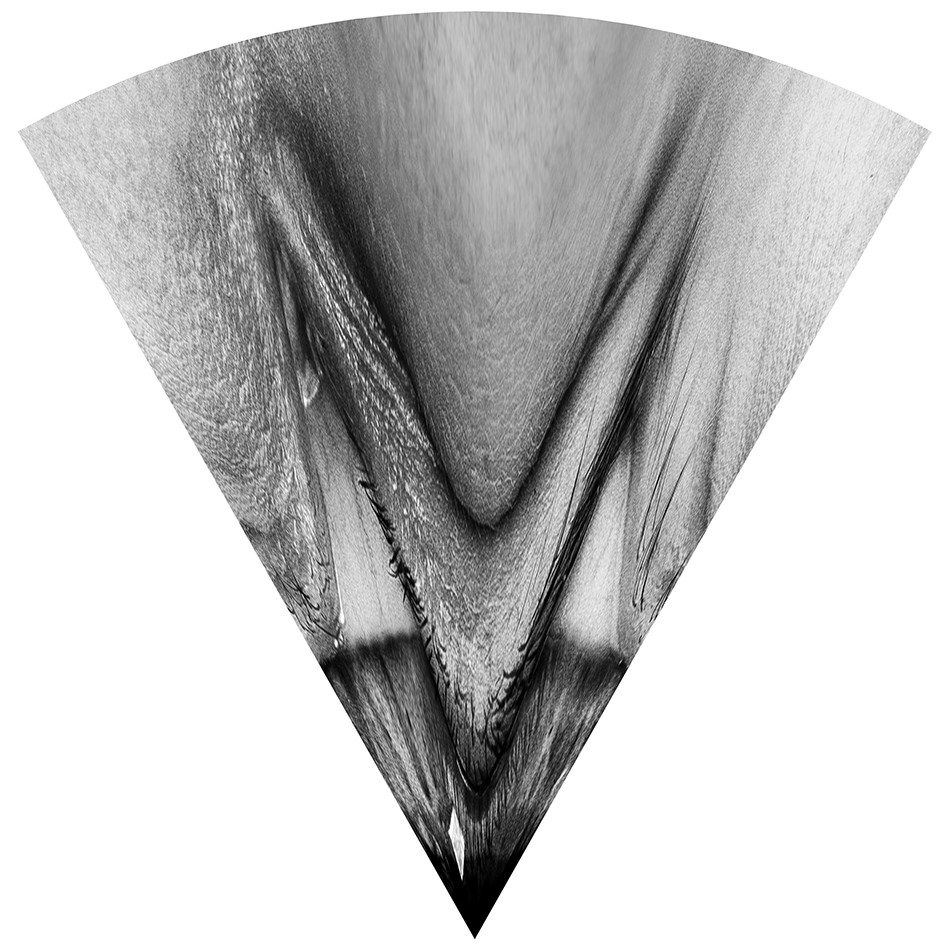