Janus Decay is a sculpture that basically consist of two parts. A symmetric vector illustration that shows two abstract heads and forms a tabletop and a geometric concrete element with a mirror in its centre that is placed on the surface. Due to the symmetric structure of the piece, usually the mirror isn’t recognised at first sight. While the viewer thinks he/she is seeing through the concrete element, he/she actually sees a reflection.
The illustration used for the sculpture was originally part of a series called Cut Set.
(2018) 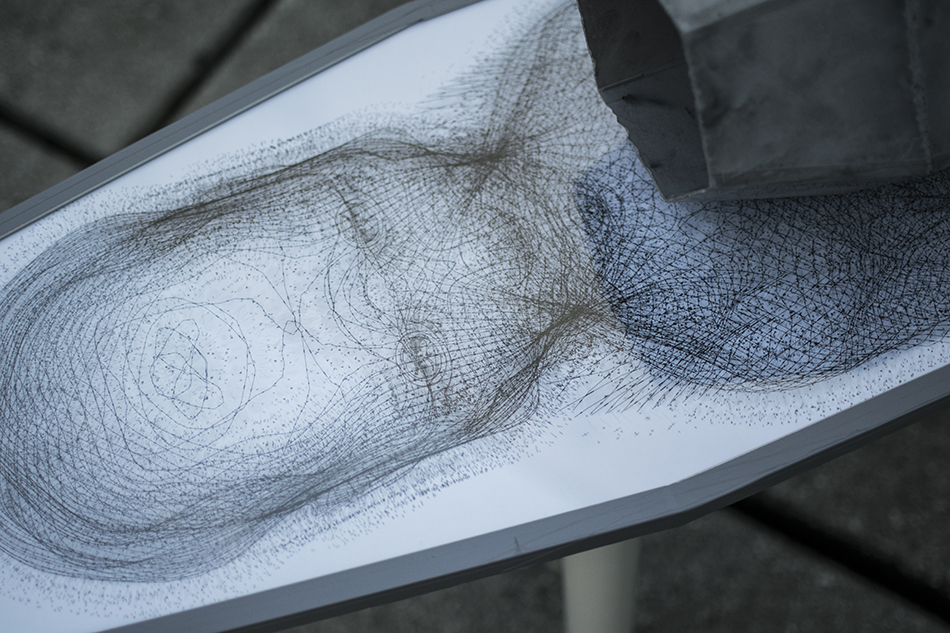 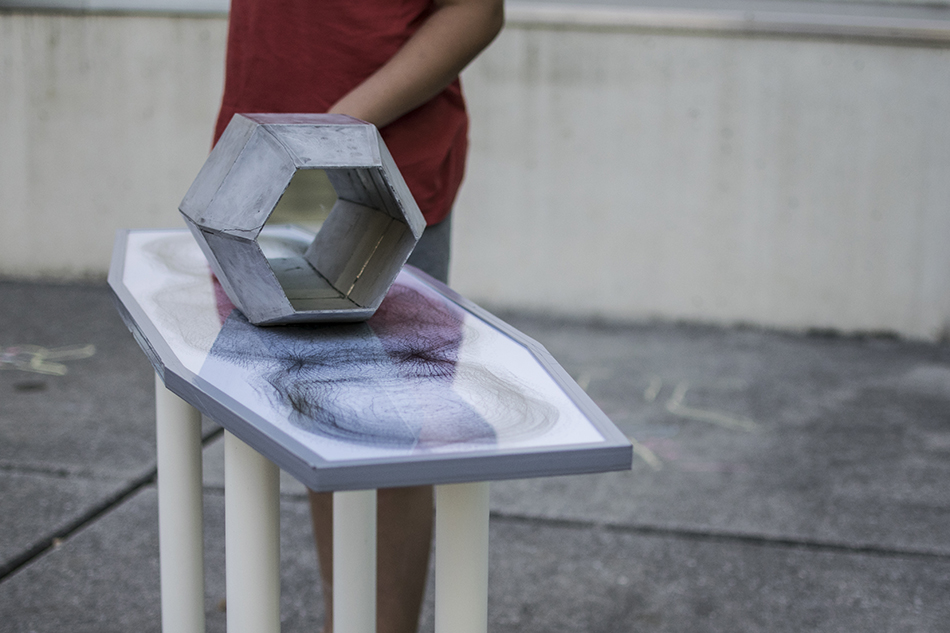 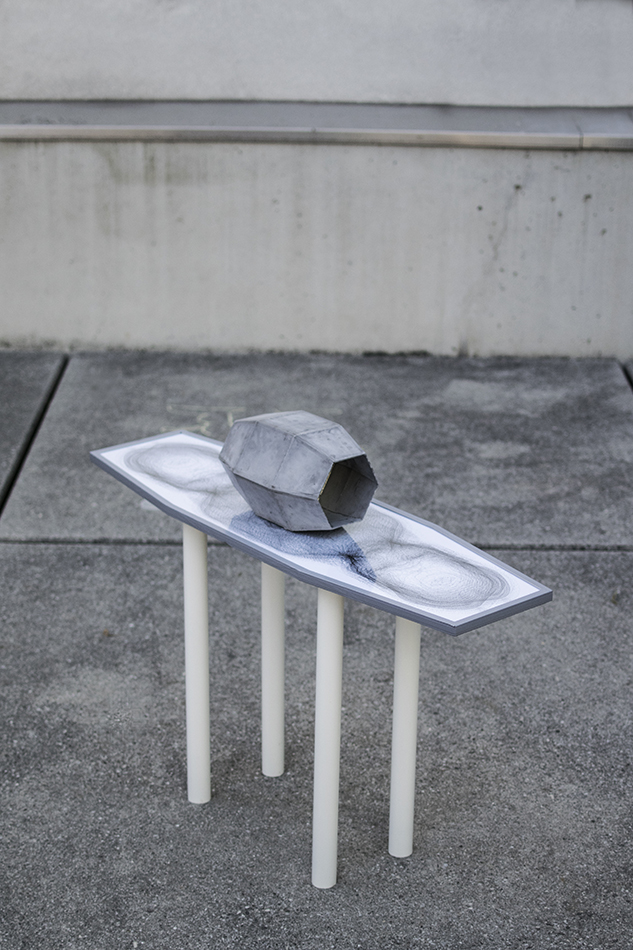 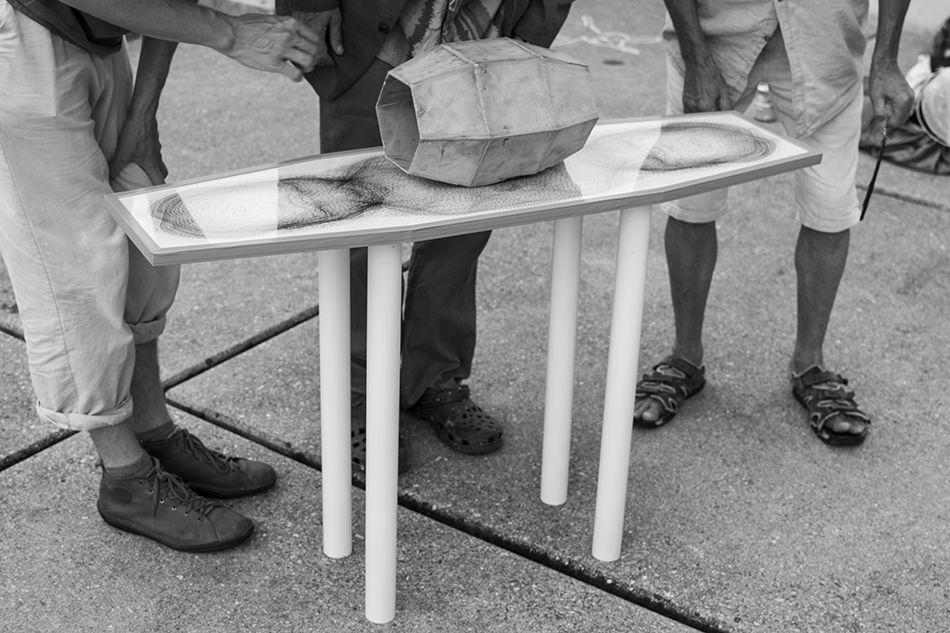